Do u remember your first cellphone?

We don't like Ads much either, but they do help cover the costs of running the site. Please consider turning off your ad blocker. Thank you.
M

You mean my Novatel bag phone?

I can haz cigar?

I always thought those Star Tak phones looked really cool.
They still sell them on ebay!

One more, for the road!

Of course I remember my first cell phone, I'm still using it.
Works just fine every time I turn it on when I want to make a call.

When I came back to the States after being in the service I finally got my first US cell phone the Sony Ericsson W600i. 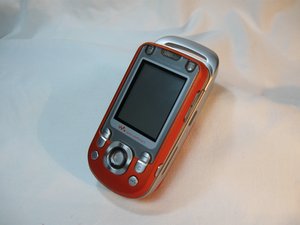 Staff member
Mod
My first phone was one of these.

Horrible battery life.
Which is why I sold it after less than a year.

The second one was a Nokia 5000, a 2110 clone (same functions, but uglier and cheaper).
Then I think a Nokia 3110, then a 3330, and that I then changed with a friend to a Ericsson T-39M, as that had tri-band (my Nokia would have served as a brick for where I was going).
T-39M lasted for a long time, after that... two cheapo Nokias which I only bought because I got more talk time than the phone cost, so I used the talk, sold the phones (and don't even remember the models), then I inherited my bf's Sony Ericsson P800, which after years got upgraded to a K750i (I loved that one). That eventually swam in a mug of tea, so I used a W800i that I inherited from bf next. And after that it was for a while some Sony Ericsson developer model, and all iPhone handouts from then on.
You must log in or register to reply here.
Share:
Twitter Email Share Link
Top