We don't like Ads much either, but they do help cover the costs of running the site. Please consider turning off your ad blocker. Thank you.
C

Just encountered a problem with my MBP ('08/Snow Leopard).

Laptop has been working fine, but I shut it down earlier today And when I turned it back on I got this:
1- everything booted normally, went straight to login screen (two accounts)
2- type in password, starts to load, but after a while it changes from my account name and picture to the... Uh, no smoking-style sign? It's a circle with a line through it, I can't recall what the symbol is called.

Anyways, login screen stays gray, just displays that symbol with the loading wheel underneath and nothing else is displayed and nothing happens. This happened completely out of the blue and I get the same occurrence regardless which account I attempt to log in to. I'm using an iPhone to post this, I took a picture of the screen, I'll attempt to upload it after posting this. 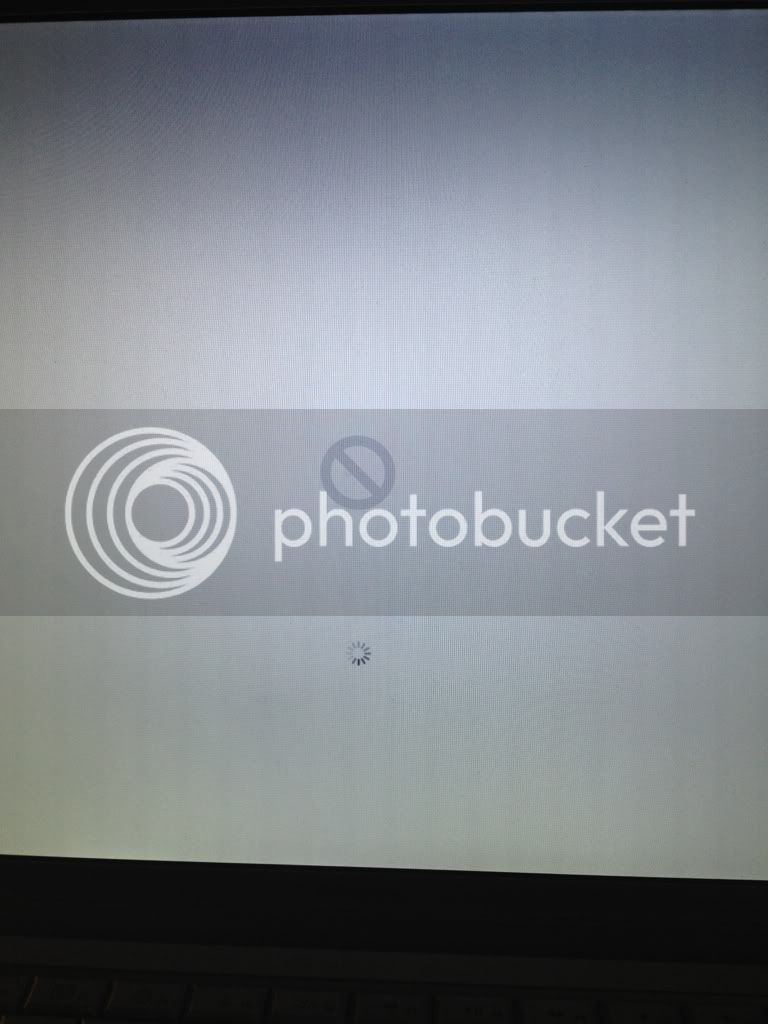 That symbol is simply called the "prohibited symbol"
Sometimes you can just wait for the system, and it may continue to boot.
However, the symbol does mean that some part of your system is likely not in the correct place (accidentally moved), or some file that the system needs for booting is missing, or corrupted somehow. The hard drive might also have 'issues'.
So, that symbol is not too common on newer OS X versions, but it would be good to know exactly what version of OS X you are using, as that will help decide how best to try to test the hard drive (boot to an OS X installer DVD, or your Recovery System partition ( for OS X 10.7 and higher), and run Disk Utility/Repair Disk. If nothing is found when testing the hard drive, then continue with a reinstall of your OS X system. You would need the option for an Archive & Install with OS X 10.5 or older. 10.6 or later will do that by default. This should NOT mean erasing the hard drive, and the system just reinstalls in place, with the expectation that damaged or missing components will then be restored as a result of that reinstall - and should clear the "prohibited symbol" and get your system working normally again....
C

That makes sense. Though I suppose my next question is this: I bought the MBP in 2008, but I'm running Snow Leopard now and I downloaded that via the app store. Is it right to assume I need the original OS install disc that came with my laptop to boot from? Because I obviously don't have a disc for Snow Leopard.

You must mean that you downloaded Lion (OS X 10.7). Apple never has made a Snow Leopard full installer available as a download (other than system and app updates) and only on DVD. So you must have downloaded Lion, as the App Store is not there unless you were already running Snow Leopard. There's only one method to upgrade to Snow Leopard: Booting to the installer, which will be on a DVD (or, as I have done, creating a bootable partition for the Snow Leopard installer on an external drive. That was created from an original 10.6 DVD, too.). There is no (legal) download for the Snow Leopard installer, as there IS for Lion or Mountain Lion from the App Store. The only way to find THAT Snow Leopard download, is through a (pirated) torrent download...

So, with Lion (10.7), it's actually pretty simple (no disk needed):
Restart, while holding Command-R.
That will boot you to the Lion Recovery System.
Run Disk Utility (as I suggested above)
If that passes, Quit Disk Utility, then continue on with the OS X reinstall.
That will NOT erase your hard drive, but just reinstall a fresh set of OS X files, and should fix your issue. It will take an hour or so, and requires that you connect to your internet, whatever that might be.

And, if you can't boot using the Command-R, then you don't have Lion or later, and you need to boot to your Snow Leopard DVD. If you don't have that, then last resort is to boot to your original restore DVD (the set of 2 grey DVDs that came with your new MacBook Pro). You will, at least, be able to run Disk Utility (from the Utilities menu).
It's very possible that a 4-year old laptop will have problems with the hard drive. That's the most fragile part of your system - that and the battery, which is still the old tech battery lasting about 3 years.
You must log in or register to reply here.
Share:
Twitter Email Share Link
Top